Japanese Handguns in the Movies & Trivia

Yes, Sean Connery as James Bond uses a chrome-plated, small trigger guard Type 14 in “Never Say Never Again”. He grabs it from inside the coat of a Caucasian bouncer as he enters a casino to attend a charity ball organized by the villain . After holding it on the bouncer and stashing him in a closet, 007 twirls the Type 14 around his finger cowboy style (don’t try this at home, kids!) and dumps it in an ice bucket. In one shot you can see that the safety is in the fire position. Thanks to “John” for pointing this out to me. Let me know if you see any Japanese handguns in other unlikely places (i.e. other than in WWII movies!) and I’ll add the trivia here.

Here are some shots from the movie. First he holds the T-14 on the bad guy (photo from video). 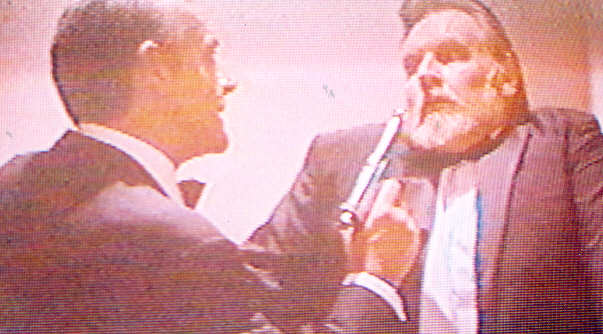 Before leaving he hands him his cigar case and tells him if it moves it will blow up (photo from video case).

After strolling through the crowded ballroom twirling the pistol on his finger, he dumps it in a handy ice bucket (photo from video). 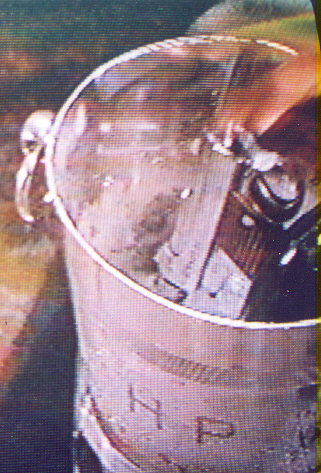 Many movies about the Pacific Theatre in WWII show Japanese handguns. For example, in Bridge on the River Kwai there is a scene where a Japanese sergeant executes a British officer with a Type 26 revolver. However, what is more interesting is the other places Japanese handguns turn up. Here are some I have noticed.

This is a very graphic 2004 movie about two brothers who are press-ganged into the South Korean Army during the Korean War. It is in Korean with English subtitles. In several scenes North Korean officers are seen with Type 14 pistols. The clearest views are in a scene where a jeep-like vehicle carrying a North Korean captain turns over and dumps him on the road. This scene occurs around 1:11:05 on the DVD. The North Koreans did use many Japanese weapons during the Korean War, and some of these were brought back as War Trophies by US soldiers.

Well, if you thought James Bond was an unlikely user of a WWII Japanese pistol, how about a guy on an unknown planet some time in the distant, sci-fi future? A sharp-eyed friend of mine, Trey, caught a glimpse of a Type 94 in a sci-fi movie called Serenity. The movie was made in 2005 and is loosely based on a TV series I have never seen called Firefly. It is well done, though the plot is a formulaic one: plucky outlaws/rebels take on evil intergalactic government. The scene where the T94 makes its cameo appearance occurs from about 18:29 to 18:32 of the DVD. One of the main characters catches a guy about to draw a gun on the plucky band and makes him slowly withdraw it and throw it away. You can identify the gun best in a close-up of it being drawn, when the distinctive rear profile of the T94 is plainly visible. 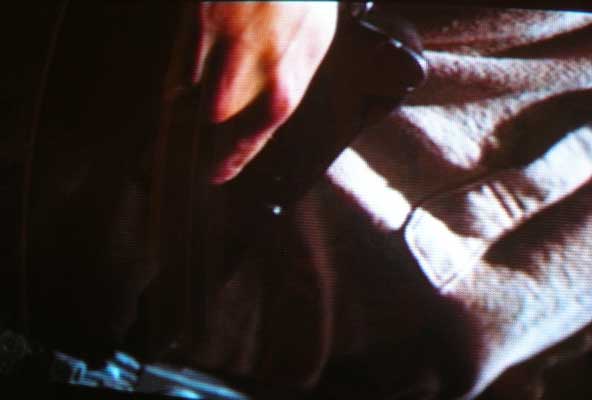 There is also a brief frame in which the whole gun is visible. It seems like they added something on the muzzle to make it longer and something on the end of the grip to make that longer, too. Most of the guns shown in the movie are like this: common 19th-20th century guns with a few gee-gaws attached to try and make them look futuristic. Other examples are a dressed-up lever action, a pump action shotgun, and some kind of HK automatic rifle. 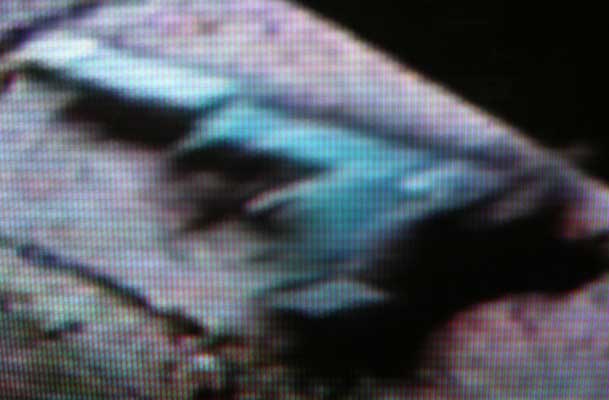 If you want to see this movie, I was able to rent it at my local Blockbuster video outlet.

Last updated: May 6, 2007. All contents are copyright Teri unless otherwise specified and may not be used elsewhere in any form without prior permission.

Click here to go back to the main page:Nambu World Home Page